Laura over at Crooks and Crazies has this Thursday game going and I thought it'd be fun to play.
(1) How did you get into border collies (or whatever your dogs of choice are)? What started it all?
I got into Border Collies when I was born as one in Nov. 2003. Here's what I looked like when the people brought me home on Dec. 31. 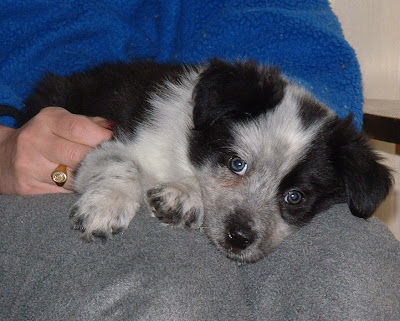 The people got into Border Collies because they were playing flyball with the mutt, Renzo 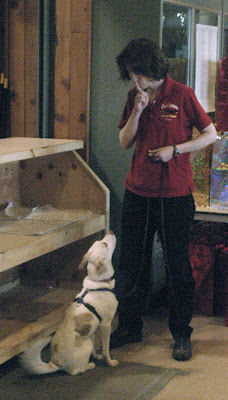 In his case, that meant learning to bark less (which, if you know anything about flyball, tells you something about how much he barked). The people had been avowed Cat People but then something happened to them one day and they brought home Renzo. He was insane. Srsly. So they found flyball to channel his insanity. They saw lots of Border Collies there. They liked them but had heard that Border Collies are insane and they couldn't fathom having two insane dogs. Their flyball peeps convinced them otherwise, so they got me. Then, about 18 mos later, they got my BFF Tansy from Great Lakes Border Collie Rescue. 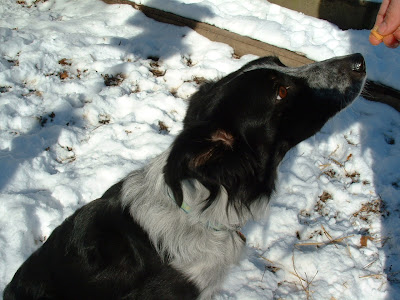 She took them to the next level of the Border Collie vortex. Several more of us followed her, and she made the people buy us a little farm and our sheep are just waiting for our fence to be finished before they'll join us, too.
(2) How many dogs do you have? All dog math variations accepted.
Well,Tansy and I jointly own the boys, so I guess technically, I co-own five.
(3) What do you do for a day job?
I make sure the people's couch doesn't fall apart while they are gone or that the bathroom floor doesn't suddenly get hot for some reason. Don't smirk, it could happen. The people work in a city about 30 minutes from our farm. My scribe is a linguist. Tansy's scribe is a visual resources specialist. I have no idea what they do all day. My scribe complains more than Tansy's.
(4) What questions would you like to answer (or ask)?
My scribe has always been impressed with how quickly you moved into Open and would like to know if there is a magic charm (We've told her that the magic charm is called "talent," but she holds out hope that there might be something else, too)
(5) What was for dinner last night?
Kibble with yogurt, Salmon oil and melon. (ETA: I actually forgot what we had for dinner last night. See comments for an accurate account.)My scribe missed dinner because she was on a plane at dinner time and was too cheap to purchase the delicacies on offer. Don't worry, she didn't faint dead away from lack of food or anything.
Posted by Pippin, the Gentle Pup at 2:50 PM 4 comments:

Peep on the way home

One of our people has been gone for a month (cavorting with some pups in Colorado).
We hear she's on the way back. About time.
Some of us are watching for her! 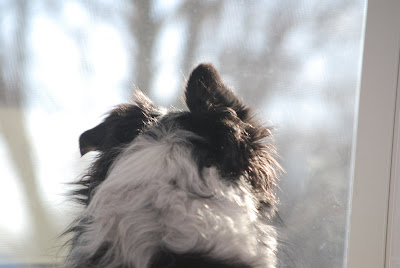 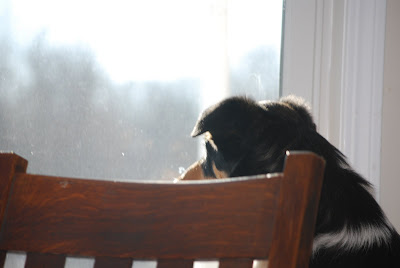 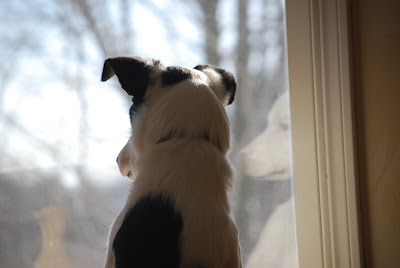 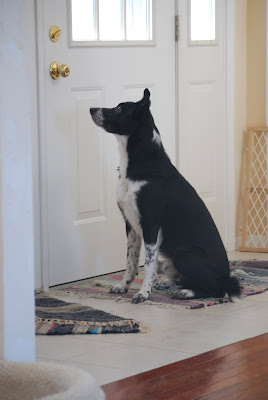